on August 16, 2010
It was a beautiful weekend to celebrate Marcus Garvey's birthday with First Community Interfaith Institute Inc. On August 14, Anthony Giordano served as MC for the rally, and he did an outstanding job promoting the good works of the Institute and Minister Lawrance Lee Evans. Brother Bernard Holmes, who is managed by Minister Evans, gave an outstanding rap to the vocals of 50Cent. 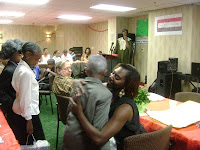 But the grand finale on Sunday the 15th was a treat. Our Charles Riley Tutorial Program , with students ranging in age from 3 to 16, spoke about various heroes and sheroes from black history, and recited from Marcus Garvey's Atlanta prison speech as well. But the big treat was hearing Minister Myra Brown sing songs of praise with her band. Minister Brown was honored by the Institute for her work in obtaining funds for the tutorial program. The sister also received one half of the funds raised by our raffle. Three of the students presented Minister Brown with gifts and a collage. Needless to say, the sister was teary eyed and was very appreciative. 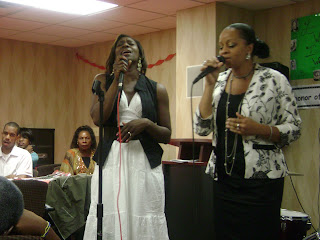 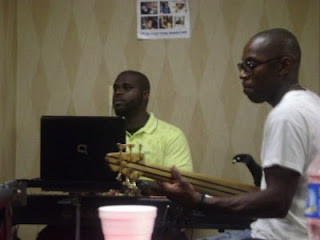 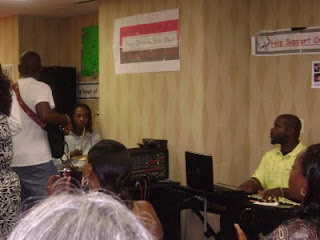 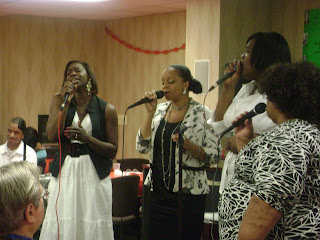 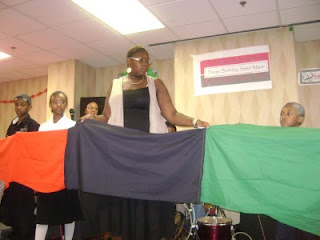 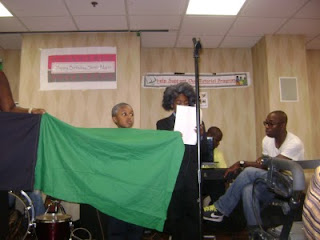 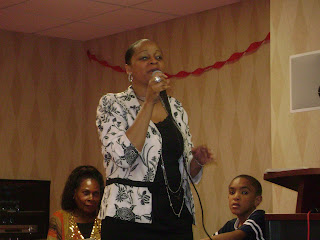 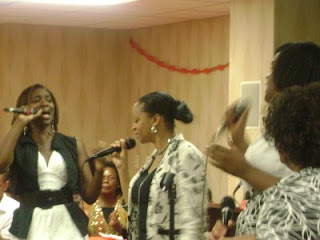 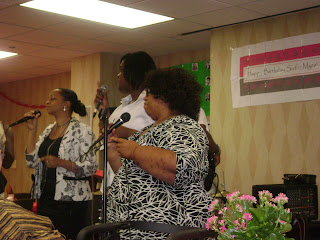 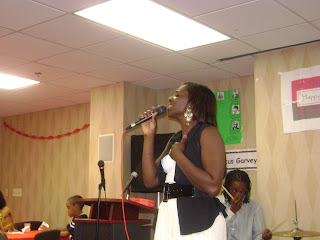 Also, kudos to Sister Shiminege for being an excellent mistress of ceremonies.
Sister Myra, everyone raved about you. Hope you enjoyed your tribute!
Doology education Marcus Garvey

Myra Brown said…
I love first community faith institute and I was so overwhelmed and overjoyed at the love I received from everyone. What an incredible celebration. You all will always be a part of my family. Thank you! Thank you! Thank you!
August 17, 2010 at 6:15 PM

On June 26, Minister Evans and I had the pleasure of going to  True South Bookstore , owned by sole proprietor Monroe Brown from Bed-Stuy, Brooklyn. We were impressed by the amount of African and African American books, fiction and nonfiction, in the store. We spent almost an hour interacting with the brother, and we ended up purchasing a book for Minister Evans' two year old grandson for a birthday gift. We were extremely shocked when we learned that Brother Brown had had a severe stroke and brain aneurysm last week ( from the blog Bed-Stuy Patch ). We learned too late of the store's fundraiser  to attend it yesterday, but we are keeping the family and community in our prayers. We can't afford to lose another independent, grassroots business.I hope the family will be able to keep True South Bookstore going for a  long time.